Fear has been an interesting journey for me. Fear is what brought me to yoga. The summer before yoga school I took a two week trip cross country with my brand-new USED Prius. I had never traveled alone and I never had the means to plan my own travel. This coming of age adventure gave me moments of shaking in my boots and crying like the baby that I was. Being alone forced me to sit with my fear. These were the first moments of my own meditation practice. Have you ever sat with your fear? What does fear feel like?

I have never met someone as willing to be present with their fear as the love of my life, John. John is baffled by his fear of heights. He has no problem climbing to the top of silos, but his body does. While standing on the top of a ladder running up the side of a silo he explained his experience. His legs shook uncontrollably, his mind raced, his breath quickened, but yet he forced himself to remain at the top. He explained that his brain was creating this fear of heights, but another part of his brain gives him the inspiration to know that in these kinds of height situations the fear is unfounded. His curiosity of his experience of fear drives him to stay present with it. This man has gone sky diving, he stood at the edge of Yosemite, and he’s gone for a ride in the World’s Tallest Ferris Wheel while standing as close to the edge as possible. This experience caused him to sweat and become dizzy, but he stayed there with his fear until the verge of passing out.   The ability to not allow his unnecessary fear of heights to hold him back is courageous. 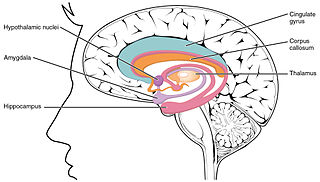 We are not animals. The major difference between humans and animals, in the brain, is the pre-frontal lobes. Yoga teaches that this area of the brain is directly related to inspiration and creativity. Ever wonder why you are guided in yoga to gaze upwards at the place between the eyebrows, the spiritual eye? That’s the pre-frontal lobes. Ms. Gilbert, you nailed it on the head. (No pun intended.) Due to this larger, frontal part of our brain we have the ability to understand our fears, come to grips with them, and move forward. Notice I did not say eliminate our fears, as this could be fatal.

Gilbert stated it so eloquently in her book Big Magic, giving the metaphor of taking fear with you on your creative road trip, giving it space, but not giving it deciding power. This, my friends, is revolutionary.

At a time when many of us feel deep cuts of fear, we must not give it our deciding power. Fear can lead to worry, anxiety, and depression. All of these can weaken the immune system. This is not the time for that. So when you feel moments of fear, take a deep breath with your belly. Recognize that you are not your fear. Your fear is their to give you pause, to slow you down so you can make the best choice for you. The next time you feel afraid close your eyes, lift your gaze, and become aware of what you’re feeling. What effects does fear have on your body; on your mind. Now breathe into that space of fear. Give fear the space it needs and in doing so release its grip over your intuition, your gut, and your decision making skills.

Fear is not something we want to eliminate. Fear and the awareness of it gives us the space for Courage.

Ms. Gilbert explains that we need courage when trying to live a creative life, and if you are trying to live a creative life then it will begin to apply to all parts of your life. Fear and courage are a duality, or dwaita in yogic teachings, meaning everything has its opposite. We don’t want to live without fear. We want to live courageously in the moment with our inspiration while acknowledging our fears existence.

So what is courage anyway? Well, it’s described a lot of different ways. A quick google search tells us that courage is when we overcome fear, or when we show strength in difficult times. In Affirmations for Self-Healing, written by Donald Walters or Swami Kriyananda, he explains courage like this:

There are three kinds of human courage: blind, passive, and dynamic. Blind courage doesn’t count the cost until it finds itself faced, horror-stricken, with the bill. passive courage is the strength of will to adjust to reality, whatever it may be. And dynamic courage is the strength of will not only to accept reality, but to confront it with another reality of one’s own making.

I believe Dynamic Courage is creative living. It’s where we greet the events or things that occur in our lives but we greet it with an awareness of ourselves, our life thus far, and the vision we have of our life ahead. For if we are living creatively, uncovering the hidden gems of ourselves, we have developed some level of self-awareness, vision, and resilient drive. This reminds me of Jack Gilbert. Jack is mentioned in Big Magic. No relation to the author. Jack spent a year as a college writing professor; he was also an admired poet. Jack inspired his students to be brave.

Without bravery [we’d] never be able to realize the vaulting scope of our own capacities.

I would like to offer the remainder of Swami Kriyananda’s excerpt, his affirmation and prayer to help stimulate courage. This content is all from Affirmations for Self-Healing.

There’s a fourth kind of courage: not human, but divine. Divine courage comes from living in the awareness of God’s [or Spirit’s]  Divine presence within, and in the realization that She/He is the sole Reality. Live more in Her/His, for nothing and no one can touch what you really are.

An affirmation is a statement that we wish to absorb into life. How to practice an affirmation:

I look to Thee for my strength, O Infinite Spirit. Hold me closely in Thy arms of love. Then, whatever happens in my life I shall accept with joy.

In these trying times never forget your ability to laugh, the things you enjoy, and the love from your friends, family, and community.

P.S.- Creative Living defined: The hunt to uncover our own capacities, aspirations, longings, and secret talents.